A Tragic Accident — And The Gifts That Followed 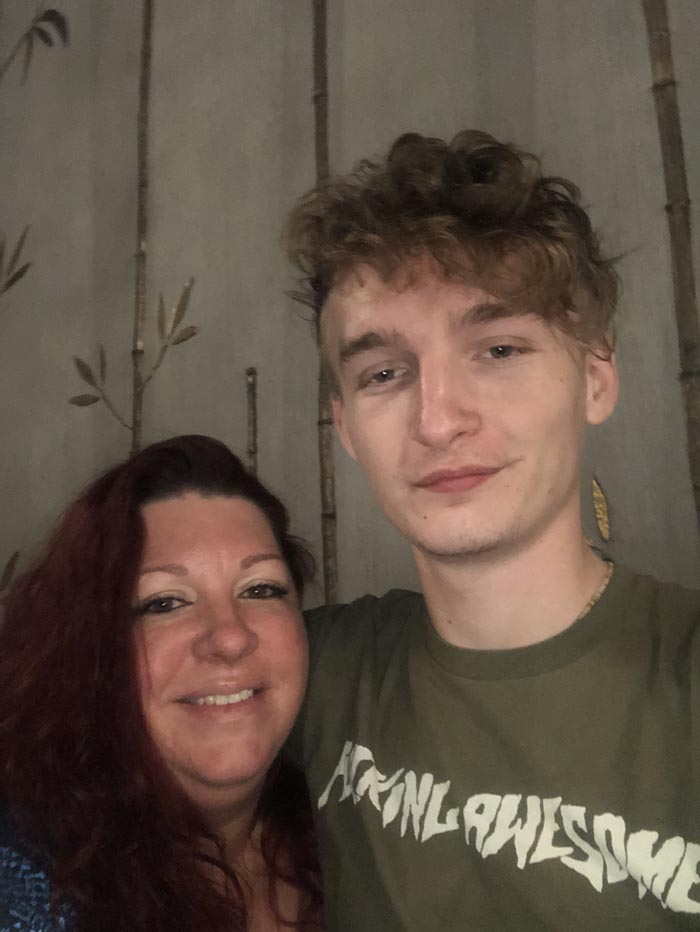 My name is Bambi and this is just one of my stories. My most recent devastating event was that my son, Daniel age 18, was one of the 4 passengers in a tragic car accident in May of 2019. The Friday night of Memorial weekend he told me he would be staying over at a friend’s home, so I wasn’t concerned when he hadn’t returned home by the next morning. Saturday at 10 am, a friend of Daniel’s texted me the link to the article “1 Dead, 4 injured in critical accident in Santiago Canyon.” That was all I knew. The friend did not respond or give me any other information. Finding Daniel was not going to be easy. I didn’t get a call from the hospital as his phone was decimated. I contacted one of my good FOW sisters because I couldn’t find Daniel. She was helpful in suggesting how to find him. After multiple avenues of searching I was finally able to locate him, 2 hours later.

Come to find out what had occurred was that Daniel and some friends were out hiking in the canyon the night before. The car Daniel was in had gone off the road into a tree off the edge of the canyon at 55 mph. Fortunately, someone saw the accident, reported it, and fire rescue arrived and removed the imbedded car from the tree and then extracted the children from the car. Unfortunately, the driver died on impact and the front passenger died at the hospital. Daniel and his best friend were in the back seat and survived with multiple injuries. The fifth passenger, who was in the middle back seat, is in a permanent vegetative state.

Daniel had multiple injuries, and they initially did not know if he was going to survive. Multiple facial lacerations, multiple fractures of his nose as it was telescoped into his face, a brain bleed, tear to his pre frontal cortex, concussion, a punctured, bruised and collapsed lung, hid left humurus had a complete fracture, broken scapula broken clavicle, 4 broken teeth, 10 chipped teeth, whiplash, gash on back of head, 4 broken bones to his right hand with other multiple bruising and cuts.

Daniel spent a week in ICU, another week in the hospital’s critical care floor, then went to a rehabilitation center. He has always been strong willed and into healthy living. He was so focused on his recovery that he left the rehab facility about 11 days in. Amazingly, he became focused on his future after this accident and is now deciding between going to college or entering the Air Force. Since that time, he has been through additional surgeries. He has a couple more surgeries to go but got a job and is doing well. He made it through all of this at an astonishing rate of speed.

One of the wonderful things that came out of this is that every time he says goodbye to me, he says, “I love you Mom”. He expresses his love for his sister often as well. He was rather rebellious when he was younger. He now respects himself along with his connection with people has really improved. He has learned to value his relationships and nurture them.

I am now dedicated to making a difference by pursuing the county in having a sign posted alerting drivers to the curve in the road and to have them install guard rails. I researched accidents on that canyon road and that turn has had many accidents with cars driving straight off the road.

The most amazing gift in all of this was how the women in the Family of Women showed up for me. When I was originally asked how they could support me I couldn’t even think of ways they could help. My family did show up initially, but the women in the Family of Women stayed with me and persisted in asking me what I needed. I didn’t want to leave his side. I was able to ask for help because this was so important to me. Like asking them to bring my car to the hospital, bring me clean clothes, toiletries, etc. They took my daughter to school and to her scheduled doctor appointments. These things allowed me to stay by his side in the ICU and hospital while my daughter was still taken care of.

My Big Sister put the word out and women stepped up right and left to help us. As a single mother of four kids for the last 8 years, I was used to taking care of things on my own. Receiving help and assistance had always been difficult. With all the love and support I received from the women, I was able to be strong for my son, take care of myself in the meantime, and was able to give my son the constant love and attention he needed in this tragic time. I have learned my lesson in the area of “how to receive help” and would be less resistant to receiving help in the future.

During this time I was also able to pull from my experiences in my women’s weekend to help my daughter through some very traumatic events which helped her stand up for herself and rectify the situation.

I can’t even express how much gratitude I have for the women in the Family of Women. Prior to my membership I didn’t trust women. I grew up with my mother being a very negative role model. Being in the FOW was the first time I found women who were like minded and truly cared for other women. The love and acceptance we feel for each other here has made a remarkable difference in my life. The women of the Family of Women are now my extended family. Our relationships have developed over the years and their love and support during this difficult time in my life has made such a difference in my life.

I believe that everything happens for a reason, whether we believe it or not, know it or not, understand it or not. I wrote this because I what to share with other women what I got from being in the Family of Women.

I am so grateful for what I have learned and the amazing women I have met. I want these gifts for every woman I know and don’t know. I definitely want this community for my daughter as well. Thank you for reading my story. I hope to have inspired you to join us.